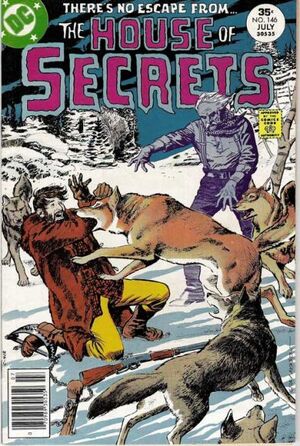 A man kills his partner for gold and the dead man's ghost manipulates him into returning to the ghost's grandchildren where he expires just outside the cabin and is buried beneath the snow. The following day the kids find some personal effects of their grandfather outside as well as the gold.

A man and a woman arrive on an island chain where the natives plan to sacrifice her to the snake god. The man is impatient to leave, but since the natives are pampering the woman before they sacrifice her, she doesn't want to go. The man spies on the natives and sees that they worship a poisonous snake, so he gets the idea of leaving the snake basket by the woman's hut. In the morning when the woman opens the basket and the snake bites her, she panics and runs, then drops dead. The man picks up her body to show the terrible accident to the yacht crew and then they will leave, but the natives are enraged and they pursue the man. He is captured and made to serve as the sacrifice to the snake god instead, which turns out to be a REALLY big snake comprised of the entire island chain.

Retrieved from "https://heykidscomics.fandom.com/wiki/House_of_Secrets_Vol_1_146?oldid=1434660"
Community content is available under CC-BY-SA unless otherwise noted.