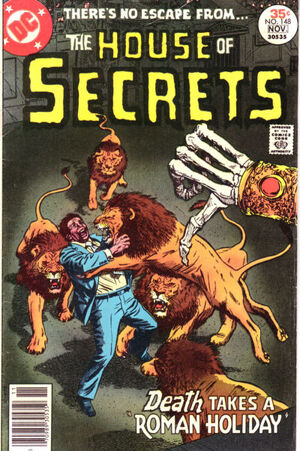 A man answers an ad to go on a Roman holiday and ends up being thrown to the lions.

The sorcerer's apprentice is ambitious and wants to wed the princess. The princess rebuffs him as it is not possible for the princess to marry a commoner. The apprentice gets the king to allow him along on his campaign and actually proves decisive in gaining the victory. When the apprentice again asks the king to marry his daughter, he is once more rebuffed, so he slays the king and usurps the throne. When he returns from the campaign he has his master tossed in the dungeon until he can arrange the marriage ceremony. The princess still doesn't want to marry him but he threatens her with death unless she relents. Just before the ceremony, the apprentice tells his guards to execute his master. When the sword falls, and the apprentice reaches towards his bride, he turns once more into the lifeless wooden thing he had been with the death of his creator.

Retrieved from "https://heykidscomics.fandom.com/wiki/House_of_Secrets_Vol_1_148?oldid=1434662"
Community content is available under CC-BY-SA unless otherwise noted.