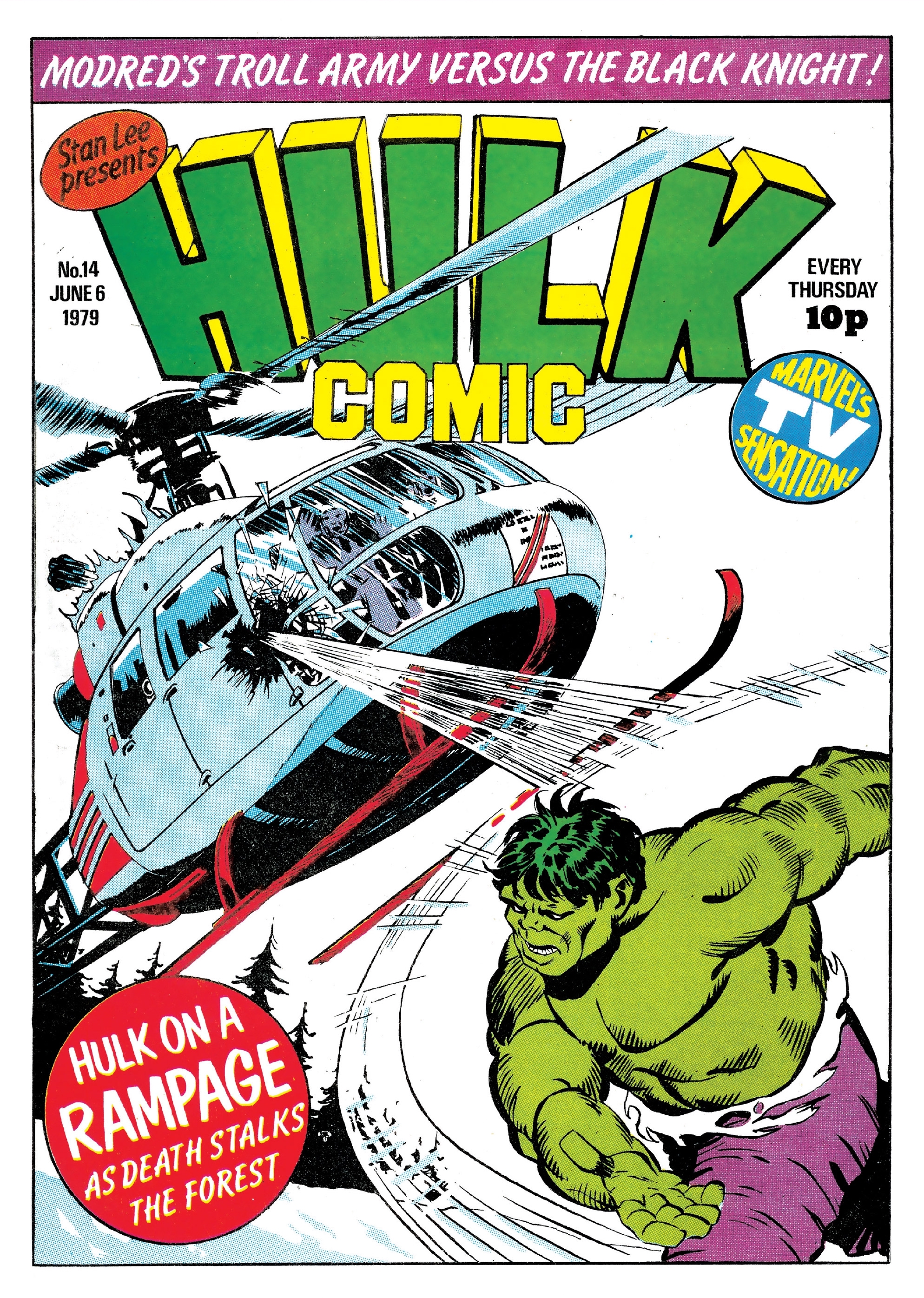 The final fate of Susquatch and Passing Cloud, as the trappers make their move.

The heroes and their Elvish allies are set upon by a Goblin horde.

Scoop Daly makes a fateful choice, but is saved by the Night Raven.

Retrieved from "https://heykidscomics.fandom.com/wiki/Hulk_Comic_(UK)_Vol_1_14?oldid=1730531"
Community content is available under CC-BY-SA unless otherwise noted.