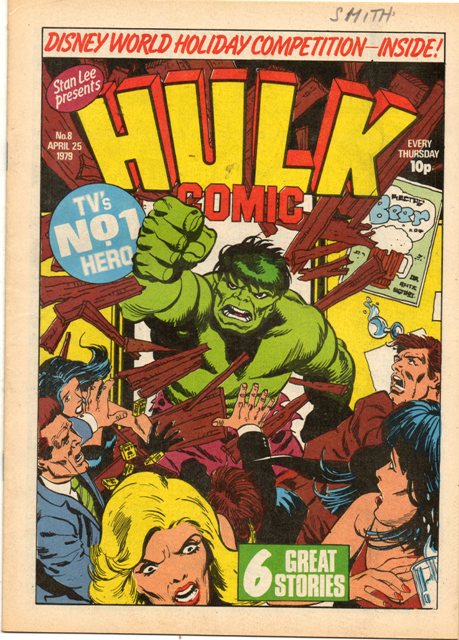 Mordred attacks the Black Knight and his allies, and Vortigen attempts to persuade them to flee. Old Sarah tries to hold Mordred's troll hordes off, but the demon druid transforms her into a tree.

A SEPT assassin tries his best to ruin Fury's date with Laura Brown, with predictable results.

Night Raven continues his battle against the Assassin.

This issue also includes three US reprints; Hulk, Ant Man and the Eternals.

Retrieved from "https://heykidscomics.fandom.com/wiki/Hulk_Comic_(UK)_Vol_1_8?oldid=1730586"
Community content is available under CC-BY-SA unless otherwise noted.