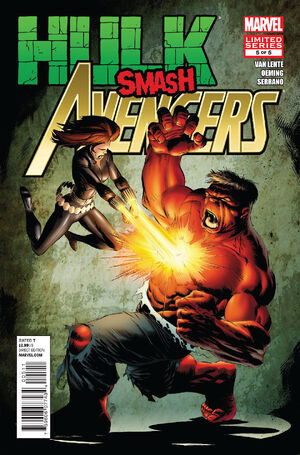 Iron Man has a chat with Bruce Banner about who the new Red Hulk might be, while the rest of the Mighty Avengers try to stop the Red Hulk from attacking a S.H.I.E.L.D. base. During their discussion, Bruce figures out who the Red Hulk really is, but doesn't reveal the secret to Iron Man.

Retrieved from "https://heykidscomics.fandom.com/wiki/Hulk_Smash_Avengers_Vol_1_5?oldid=1640956"
Community content is available under CC-BY-SA unless otherwise noted.