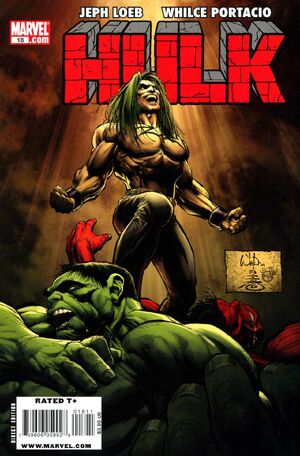 For years now Leonard Samson has been part of the Marvel Universe. Both ally and enemy with the Hulk, the shocking turn of events in HULK #600 has introduced a far more deadly SAMSON. What has happened to DOC SAMSON and whose side is he on? Join Jeph Loeb and superstar artist WHILCE PORTACIO returning to Marvel for this special prologue issue to FALL OF THE HULKS where more secrets will be revealed!

Retrieved from "https://heykidscomics.fandom.com/wiki/Hulk_Vol_2_18?oldid=1657901"
Community content is available under CC-BY-SA unless otherwise noted.