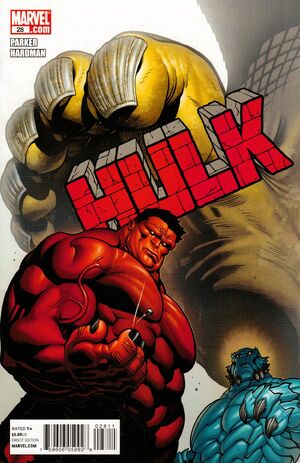 SCORCHED EARTH CONVERGENCE! Rick Jones (AKA The A-BOMB) finds the source of the next DOOMSDAY scenario & immediately gets in over his head on the most dangerous patch of ground in the Pacific...MONSTER ISLAND! Fortunately for Rick- (or not)- RED HULK is nearby and heads in for the deadliest mission yet. Can our monsters stop their monsters? Or will they become the key pieces in the INTELLIGENCIA's master plan?