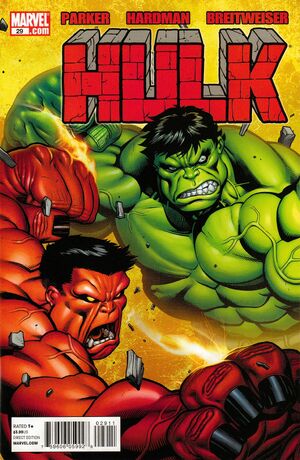 SCORCHED EARTH FINALE! Bruce Banner has found the key to stopping the Intelligencia’s assault…and it's going to require RED HULK to team up with the one partner he never thought he would... THE HULK! With the wounds between them still fresh, the two big brutes of the Marvel Universe must bring their incredible power together or it all ends here. ! But was there an even bigger development hidden behind this master plan? Meanwhile on Stage 2- The A-BOMB takes a break from fighting really big monsters, so that he can get killed dead by the mysterious murdering alien-looking dudes!!!