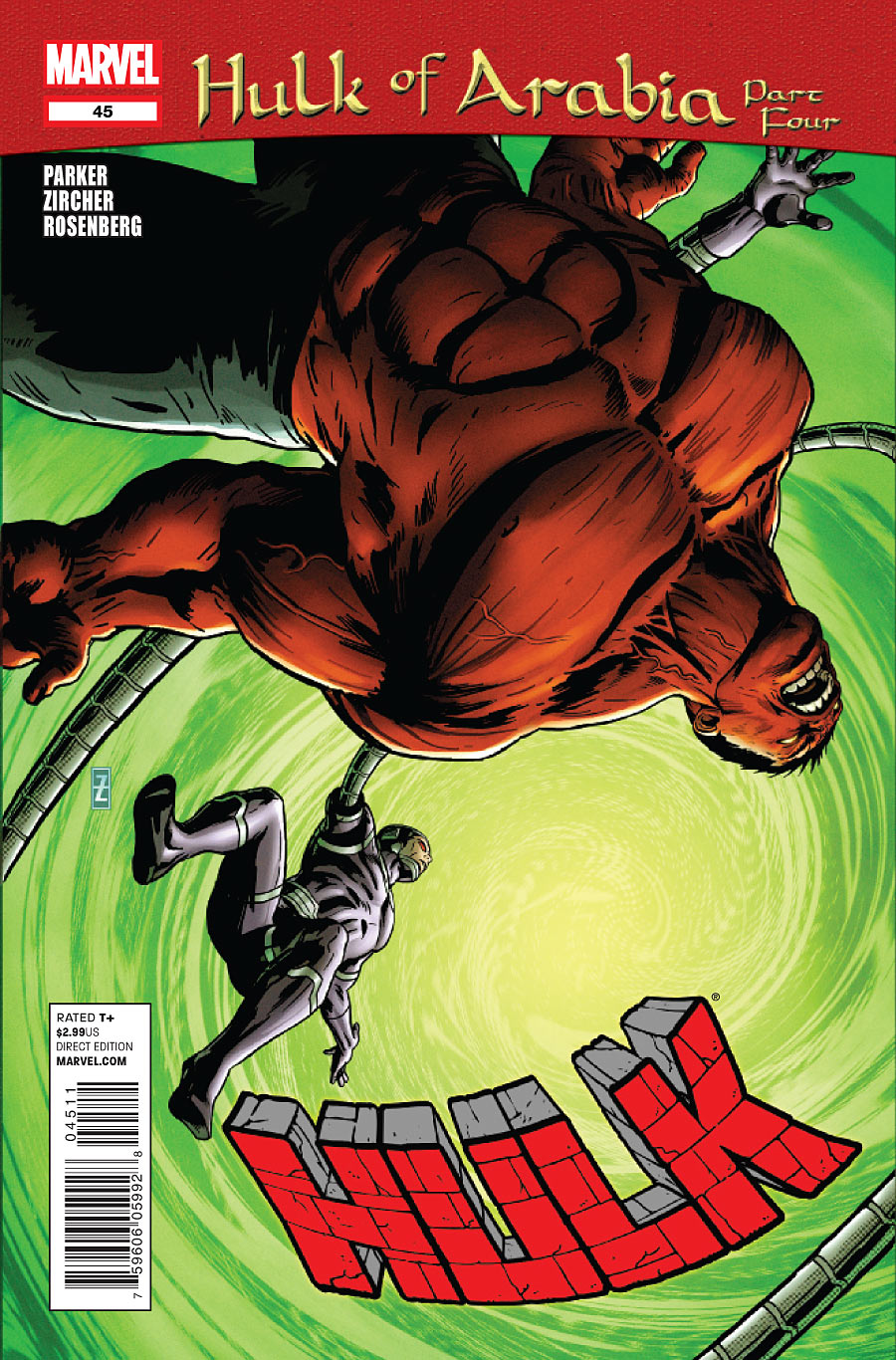 HULK OF ARABIA reaches its astonishing conclusion! One of the most hotly anticipated Red Hulk stories yet has all been building to this! Red and Machine Man go mono a mono (a machino) against Dagan Shah, the mysterious new powerhouse whose mythical kingdom of Sharzhad has become a destabilizing new force to be reckoned with! Mastermind Jeff Parker and the brilliant Patch Zircher guarantee the result of this epic showdown is one you won’t see coming, and will change the face of the Marvel universe!

Retrieved from "https://heykidscomics.fandom.com/wiki/Hulk_Vol_2_45?oldid=1508064"
Community content is available under CC-BY-SA unless otherwise noted.