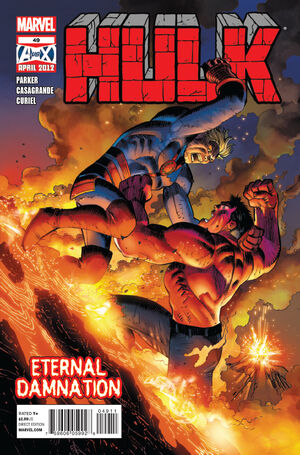 He looks like a Deviant. A monster and two robots. This is what mankind has to depend on? How long have we removed ourselves from the dynamic of this world because were the powerful minority? They clearly have no such qualms with it. Know that whatever I decide from this point is not entered into lightly. I will consider every outcome before I act, and I expect complete loyalty. For the Eternals act for the good of all.

• Red Hulk Versus The Eternals! • Guest Appearance From Hercules! • Has Red Hulk Set In Motion The End Of The World???

Retrieved from "https://heykidscomics.fandom.com/wiki/Hulk_Vol_2_49?oldid=1432798"
Community content is available under CC-BY-SA unless otherwise noted.