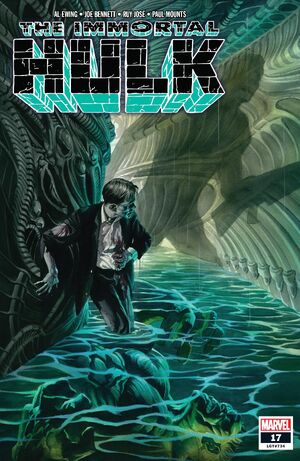 General. Reggie. You just said he's helpless. The guy who sent me to Hell... is helpless. Let me have my fun.

• Bruce Banner is trapped inside Shadow Base Site A — powerless and hunted by their top assassin.

• But not the one you think.

Retrieved from "https://heykidscomics.fandom.com/wiki/Immortal_Hulk_Vol_1_17?oldid=1671472"
Community content is available under CC-BY-SA unless otherwise noted.