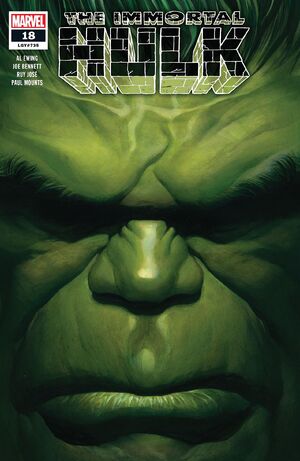 • Shadow Base has declared total war on Bruce Banner — and one by one, death is touching everyone he ever knew...

• ...except for one. The one monster who never dies — who returns, again and again, to hate and destroy.

• But it’s not the IMMORTAL HULK.

Retrieved from "https://heykidscomics.fandom.com/wiki/Immortal_Hulk_Vol_1_18?oldid=1671473"
Community content is available under CC-BY-SA unless otherwise noted.