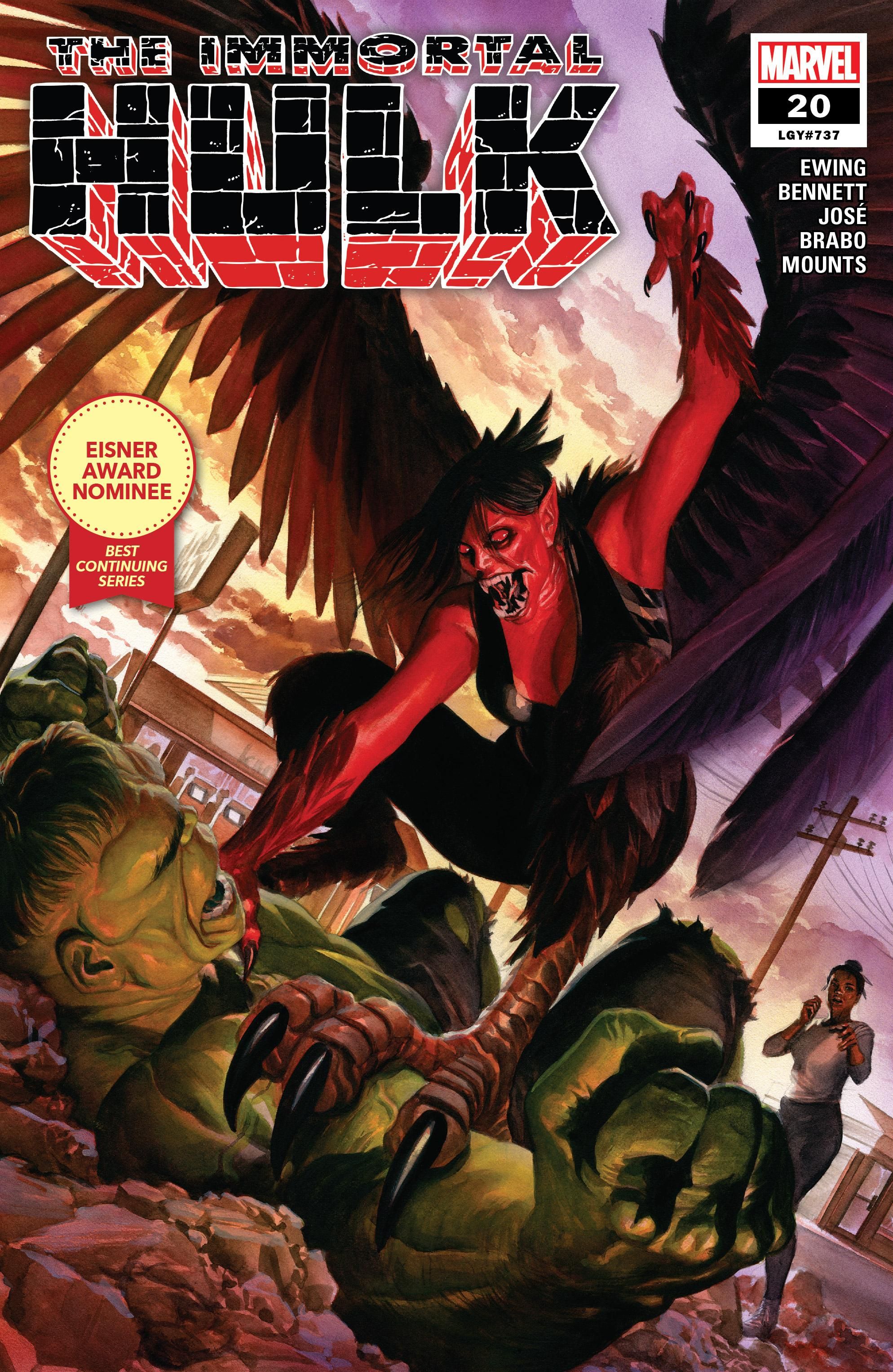 So, McGee. What the Hell are you doing here?

• The stage is set for a brutal three-way confrontation between the ABOMINATION...the HARPY...

Appearing in "Everyone Is a Target: Part 6"Edit

Synopsis for "Everyone Is a Target: Part 6"Edit

At the US Hulk Operations' Monitor Team's base, Monitor One calls in to General Fortean who irritably snaps that the interruption had better be important, as he's not in the best of moods; the cyborg replying that he thinks it's relevant. Monitor One states that - as instructed - they were monitoring the locations of Bruce Banner's known associates when something happened - while viewing the grave of Thaddeus Ross, his screen suddenly went red and when it cleared the grave was excavated and empty save for tendrils of red-and-black ooze.

Retrieved from "https://heykidscomics.fandom.com/wiki/Immortal_Hulk_Vol_1_20?oldid=1671475"
Community content is available under CC-BY-SA unless otherwise noted.