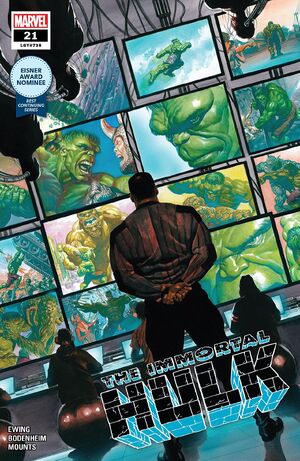 Chaos. Do we rule over it? Or does it rule over us?

Appearing in "A Secret Order"Edit

• As the smoke from last issue clears, General Fortean makes a fateful decision.

• There can be no more half measure. No weapon is off the table. Force must be met with equal force.

• This is a war without rules...and SHADOW BASE is going to win.

Retrieved from "https://heykidscomics.fandom.com/wiki/Immortal_Hulk_Vol_1_21?oldid=1671476"
Community content is available under CC-BY-SA unless otherwise noted.