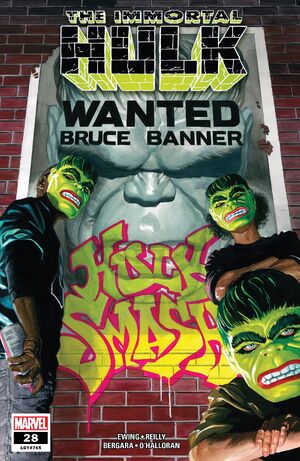 The Hulk destroys everything he touches, and the 12-18 demographic loves him for it. He's a meme, a figurehead for their tepid rebellions. The destructive urge made flesh.

Appearing in "The New World"Edit

• Are your children normal? Are they respectful of you and other approved authority figures? Do they have a poster of the Punisher on their wall?

• Or are they angry and discourteous? Do they embrace difficult and/or dangerous concepts, such as protest and the environment? Do they stand with the Hulk?

• Ask yourself: Are your children normal… or have they joined the TEEN BRIGADE?