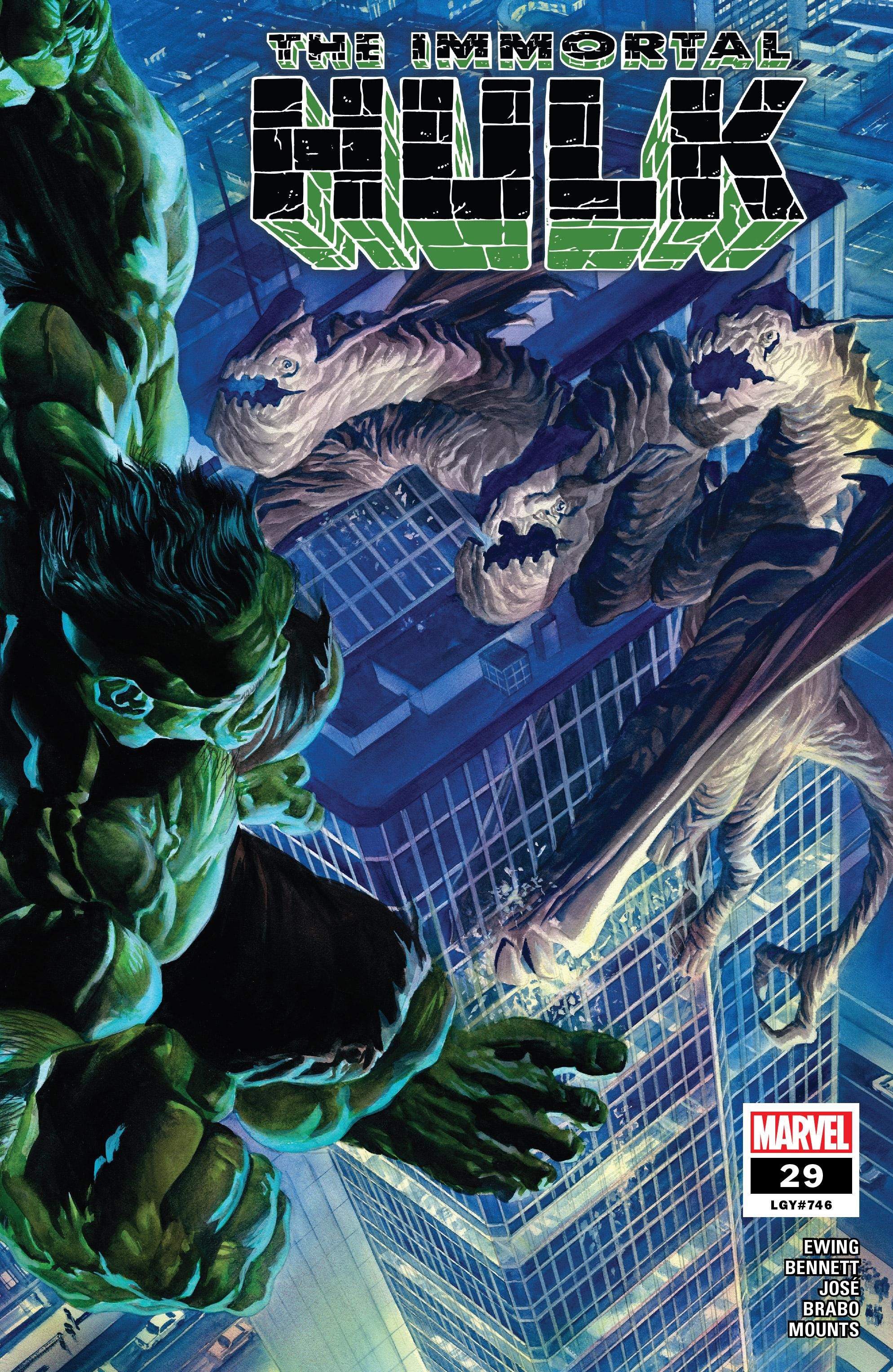 Appearing in "Eat or be Eaten"Edit

• The first Gamma Bomb unleashed a terrifying creature with impossible strength who waged war on all human authority.

• The authorities gave the beast a name - a name the whole world knows. But it was someone else’s name first...

• ...and now the HULK THAT WAS has returned to take it back.

Retrieved from "https://heykidscomics.fandom.com/wiki/Immortal_Hulk_Vol_1_29?oldid=1680332"
Community content is available under CC-BY-SA unless otherwise noted.