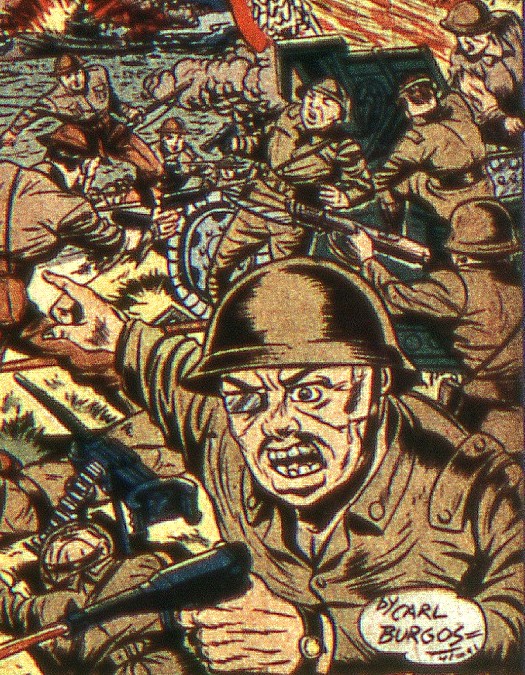 By the 1940's, under the leadership of Hirohito, the Empire would begin a war in the Pacific an ultimately join the Axis powers, allying itself with Nazi Germany. In 1945 the Empire would eventually surrender to Allied Forces after the dropping of the atom bomb on Nagasaki and Hiroshima.

During Pacific War, the Empire of Japan would clash with the Sub-Mariner, Human Torch and their allies the Invaders.

Super-powered agents who have worked for Imperial Japan have included Lady Lotus and the Atlantean U-Man.

With the Japanese refusing surrender after a series of firebombings by the United States, the United Kingdom and the Republic of China, President Truman authorized the dropping of newly developed atomic weapons. Hiroshima was bombed on August 6, 1945 and Nagasaki bombed on August 9, 1945. These attacks effectively led to Japans surrender and subsequent occupation by American forces.

While the Imperial Japanese army was soon put out of commission and --unlike the Nazis -- do not have an organized legacy, the use of atomic weapons would create a wave of paranoid during the Cold War era of the 1950s and 1960s. Many individuals came to resent American interference due to lingering hatred over the atomic bombings in Japan. Notably of these was Tomo Yoshida who raised his nephew Shiro Yoshida (aka the mutant known as Sunfire) to fight against Americans, as relatives of the Yoshida family were effected by the bombings[1]. Possibly one of the most chilling legacies of Japan's defeat at the end of the war came in the form of the Everwraith a creature comprised of the souls of all those killed by the bombing of Hiroshima.

Retrieved from "https://heykidscomics.fandom.com/wiki/Imperial_Japan_(Earth-616)?oldid=523312"
Community content is available under CC-BY-SA unless otherwise noted.