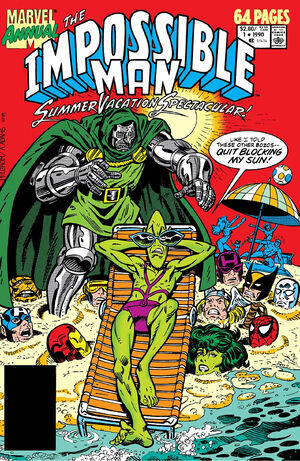 Bored stiff with his own folk, The Impossible Man decides it's time to take a vacation on Earth. After all, that's where his friends like the Fantastic Four live, right? Not after Onslaught. What's a poor Poppopian to do? Become the Earth's wackiest hero, of course!

Retrieved from "https://heykidscomics.fandom.com/wiki/Impossible_Man_Summer_Vacation_Vol_1_1?oldid=1642204"
Community content is available under CC-BY-SA unless otherwise noted.