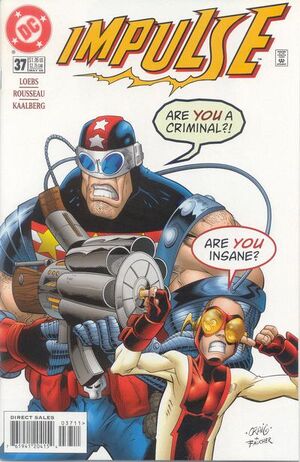 And you forgot that?

Appearing in "Generations of Crime"Edit

Synopsis for "Generations of Crime"Edit

A brain-washed killer from World War II nicknamed "The Glory Shredder" is hellbent on wiping out the entire Parker family, and only Max Mercury and Impulse can save them.

Retrieved from "https://heykidscomics.fandom.com/wiki/Impulse_Vol_1_37?oldid=1554633"
Community content is available under CC-BY-SA unless otherwise noted.