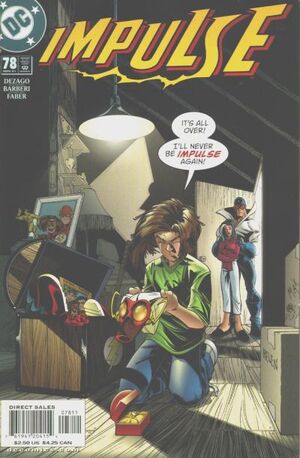 Appearing in "Losing the Impulse"Edit

Synopsis for "Losing the Impulse"Edit

On page 2, there is a character that I can not identify next to Captain Marvel. It appears female (?) with blond hair and a blue cape.

Retrieved from "https://heykidscomics.fandom.com/wiki/Impulse_Vol_1_78?oldid=1690668"
Community content is available under CC-BY-SA unless otherwise noted.