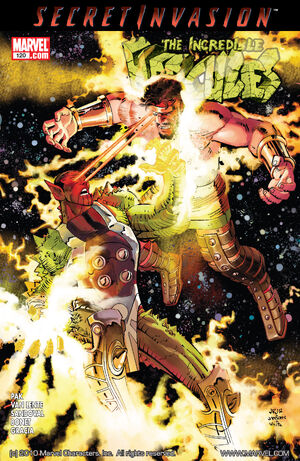 This is why I've come to you, and why you've come to me, Hercules. You are so flawed, so in need of what I can give you. I love you too, Hercules.

Appearing in "Infinite Names (The Finale to Sacred Invasion)"Edit

Synopsis for "Infinite Names (The Finale to Sacred Invasion)"Edit

Retrieved from "https://heykidscomics.fandom.com/wiki/Incredible_Hercules_Vol_1_120?oldid=1433026"
Community content is available under CC-BY-SA unless otherwise noted.