View source
Part of the 'Assault on New Olympus' event 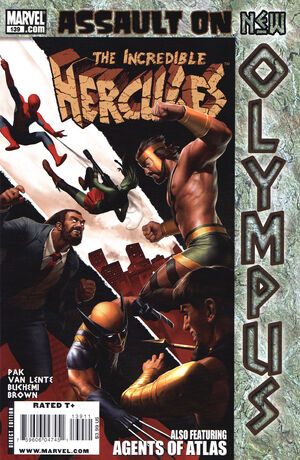 The Agents of Atlas are trying to infiltrate Olympus Group HQ, by disguising themselves as Roman escorts, accompanying "Aphrodite", actually Venus. At first, he cyclops and skeletons seem convinced, but the chimera thinks otherwise. The Chimera decides to test if she is actually a goddess if she can survive its flames. Therefore, the Agents have to fight their way through. Meanwhile, a satyr contacts the real Aphrodite, who have rough sex with Ares, to inform her of Venus' whereabouts.