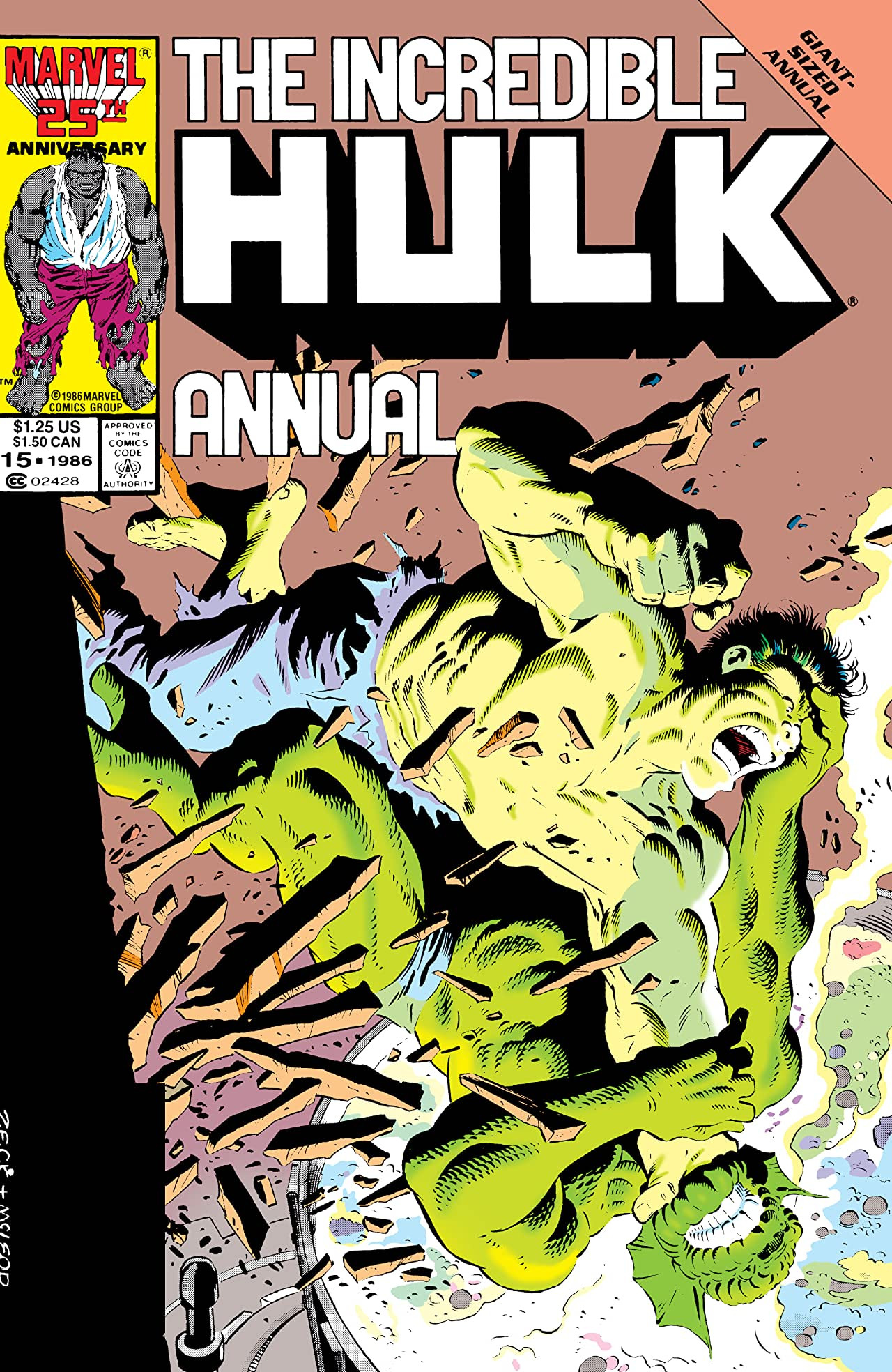 Foolish rabble! Your pitiful display is nothing to my new-found power!

Bruce Banner has returned to the secret S.H.I.E.L.D. instillation where the chemical bath tank that once separated the Hulk and he still exists. He is greatly pondering whether or not he should make a second attempt at driving the Hulk from his body once and for all. Betty and Rick Jones arrive and weigh in with their insights.

Meanwhile, Clay Quartermain and the other S.H.I.E.L.D. agents pick up a gamma radiated meteor that crash landed into the desert. Armoring themselves up, they investigate to find that the Abomination has returned. But this is not the Abomination that everyone is familiar with. This time, his body is being controlled by the mind of Tyrannus. Tyrannus/Abomination smashes through the SHIELD troops and leaps away. He eventually makes his way to the laboratory center where Bruce Banner is.

Tyrannus wants to use Doc Samson's nutrient bath to separate the Abomination from his human alias, Emil Blonsky. Tyrannus intends on living on through Blonsky's body while enslaving the Abomination. But Bruce transforms into the Hulk and the two begin fighting. After battling through several layers of the complex, the Abomination comes out on top. The new Hulk simply doesn’t have the same strength capacity as the Abomination.

The Abomination grabs Betty Ross and takes her down to one of Tyrannus' old subterranean laboratories. He places her within a glass tube with enough oxygen for twenty-four hours. Returning to the complex, he finds that the Hulk has reverted to Bruce Banner. He further tells him that he will help readjust the nutrient bath so that it can separate the Abomination from Emil Blonsky. If Banner betrays him, Betty will die.

Turning back into Bruce Banner, he pulls Emil Blonsky's frail body out of the soup. Blonsky tells Banner that he has some memory of his time merged with Tyrannus. He tells Bruce and Rick where they can find Betty.

Betty is found and rescued, but the nutrient bath is destroyed beyond all repair. S.H.I.E.L.D. agents arrest the Abomination.

Retrieved from "https://heykidscomics.fandom.com/wiki/Incredible_Hulk_Annual_Vol_1_15?oldid=1526792"
Community content is available under CC-BY-SA unless otherwise noted.