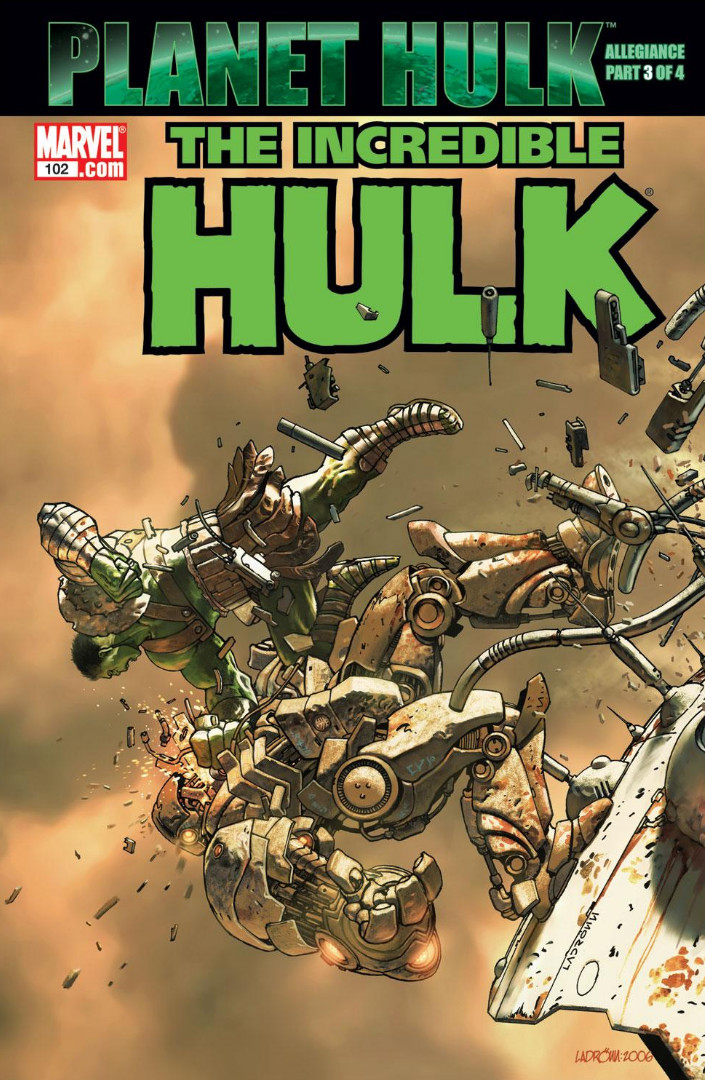 Stupid. That just makes me mad. And the madder I get...the stronger I get.

Finally, it's the Red King against Hulk, the Green Scar! And guess who wins? The murderous tyrant tries every way he can to defeat Jade Jaws. But the green man's stronger now and is beating royal butt. As a last resort, the Red King activates a mechanism that moves the plates of the planet to cause its destruction. But in one of his mightiest feats to date, Hulk throws himself into the sea of lava and grabs the plates themselves to pull them together , avoiding the catastrophic end for the world. After that, Hulk punches the Red King to nearby woods where seemingly perishes attacked by a Wildbot. Everyone is cheering for the Green Scar, the savior of Sakaar. But Hulk's not done: In another truly heroic act, Hulk lets the Spike fathers feed of himself (and this hurts him!) to prevent the younger Spikes from attacking the people of Sakaar. Wow... After watching this, Hiroim tells the Hulk "May the prophet preserve you, King Hulk".

Retrieved from "https://heykidscomics.fandom.com/wiki/Incredible_Hulk_Vol_2_102?oldid=1433170"
Community content is available under CC-BY-SA unless otherwise noted.