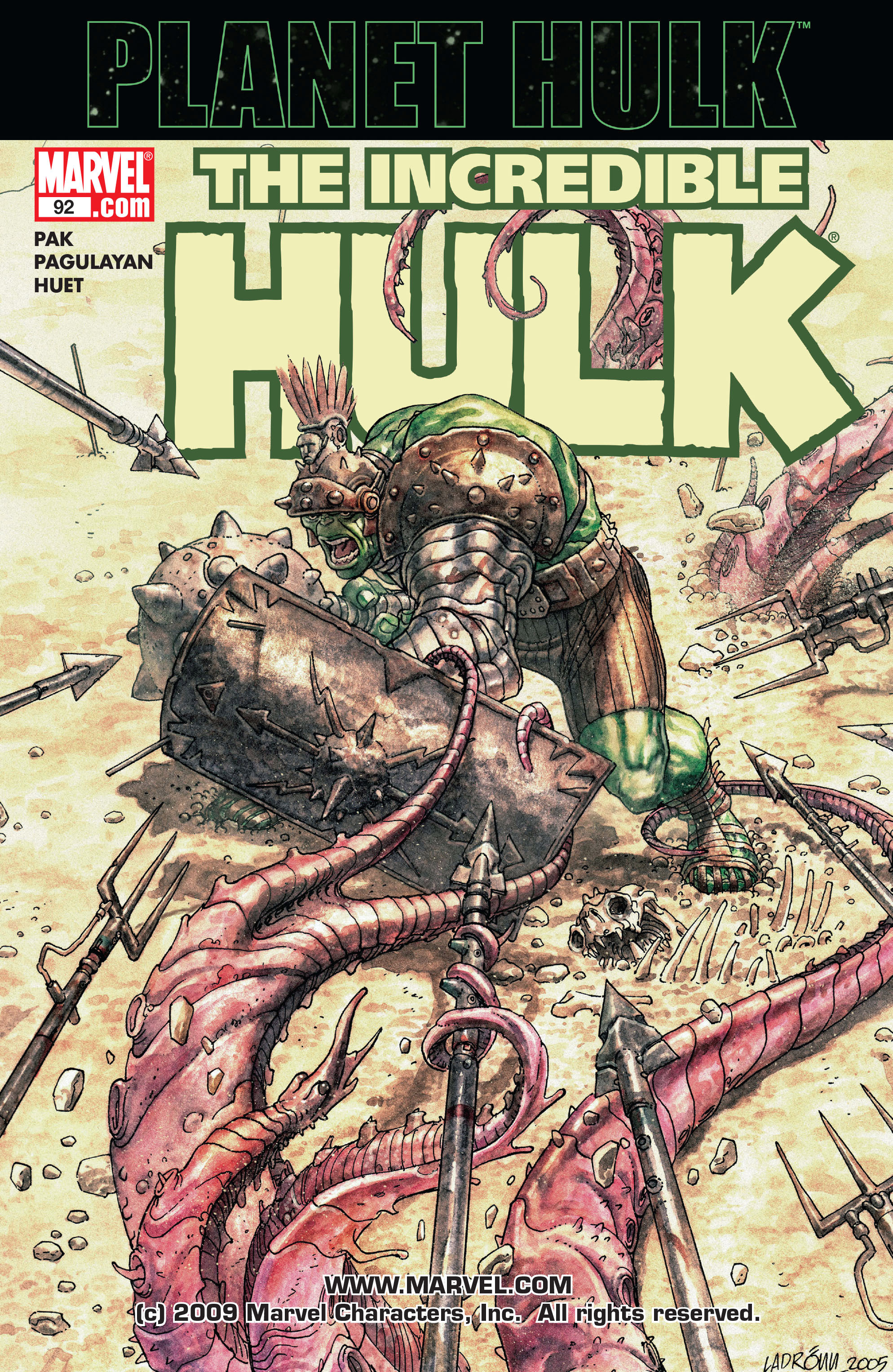 Time and time again, your anger and power have threatened the entire planet. So when we learned that Fury sent you into space, we had to seize the opportunity. I have always thought of us a friends, Bruce, so I am truly, genuinely sorry. But for your sake and ours, we're sending you away. It's the only way we can be sure.

This is the first Planet Hulk issue and begins with a short recap taken from New Avengers:Illuminati. In short, the Hulk has been blasted off into space to save Earth from its inevitable destruction by his hand, which he isn’t too pleased about. Understandably. He has been promised a perfect destination, a lush planet full of wildlife but no intelligent life forms. Sounds good, right?

Too bad the shuttle takes a wrong turn then. After travelling through the great portal he emerges on a vicious planet inhabited by an alien race and governed by the Red King. He is captured, due to his weakened state, and sold in one of the big cities of the planet Sakaar.

When he awakes from his travels to an unknown destination, Hulk finds himself in a gladiatorial arena accompanied by a number of feeble-looking bugs with swords and armour. The crowds cheer and the Red King looks on as a vicious creature known as the Great Devil Corker emerges from the ground. It swallows Hulk much to the crowd’s annoyance, but seconds later the creature bursts open and among its remains stands our green friend. More of the creatures come but Hulk takes care of them in no time at all, whilst receiving loud cheers from the crowd.

Whilst the Red King is deciding on a pardon, Hulk decides to attack him, which leads to a fight between them (Hulk is unarmed but his opponent is sitting in a large exoskeleton!!). Hulk manages to draw blood from the emperor before his lieutenant can intervene, giving him the local name Green Scar.

Clearly annoyed, the emperor issues the Hulk with a visit to the Maw, a top gladiator school, hoping he won’t survive. As Hulk looks upon the monstrous gladiator school he expresses his feelings: ‘this is gonna be fun!’.

Retrieved from "https://heykidscomics.fandom.com/wiki/Incredible_Hulk_Vol_2_92?oldid=1433160"
Community content is available under CC-BY-SA unless otherwise noted.