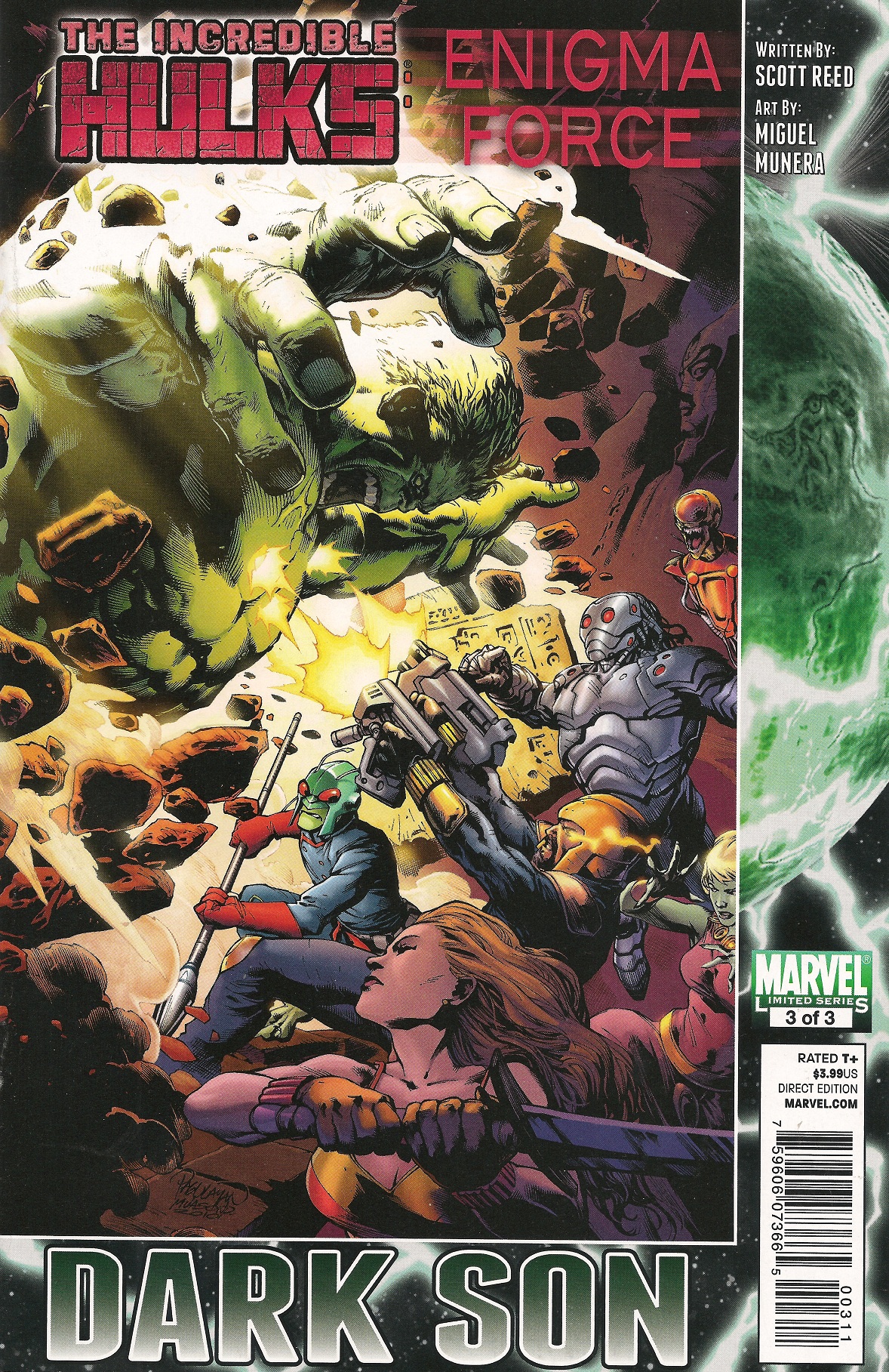 An INCREDIBLE HULKS – DARK SON TIE-IN! THE ENIGMA FORCE are dead. Long live the Enigma Force. Their MICROVERSE powers are gone, their trust betrayed, and their friendships shattered. Now they have no choice but to face a dark secret on Jarella‘s World, in a devastating moment of truth. But in order to help the INCREDIBLE HULKS succeed against the sinister powers of the DARK SON OF HULK, they may be forced to re-ignite an ancient interplanetary war! THE 3RD AND FINAL ACT of “INCREDIBLE HULKS: ENIGMA FORCE”.

Retrieved from "https://heykidscomics.fandom.com/wiki/Incredible_Hulks:_Enigma_Force_Vol_1_3?oldid=1730784"
Community content is available under CC-BY-SA unless otherwise noted.