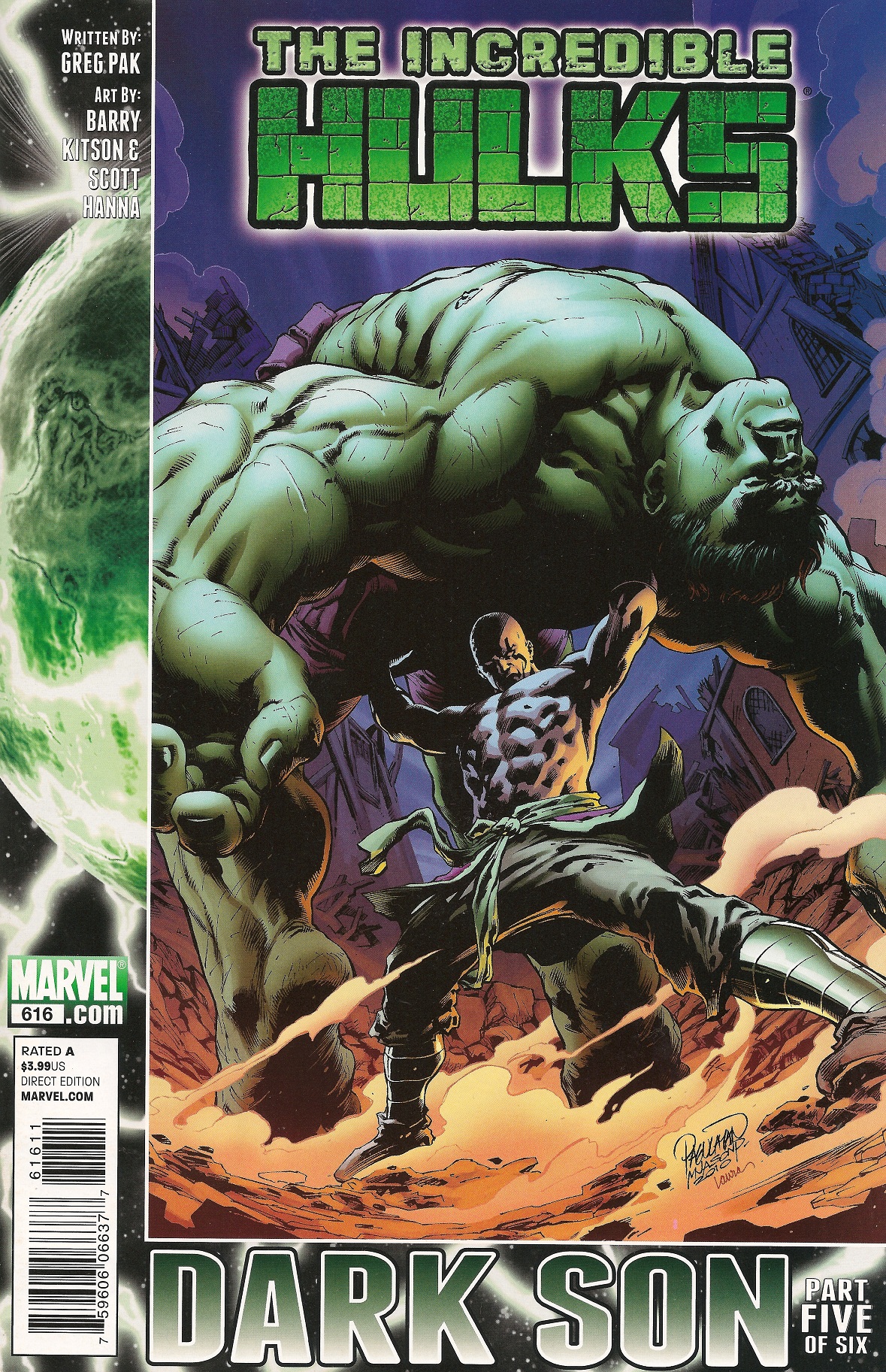 From the day the HULK was born in nuclear fire, he's always insisted he just wants to be left alone. But for the past three years, Bruce Banner has taken the opposite path, forging deep new bonds and building a super-powered family of Incredible Hulks. Now the abiding wisdom or terrible folly of that course of action will be revealed as the Green Goliath leads the Incredible Hulks in the final battle to stop his insane son HIRO-KALA from destroying two planets. Today the DARK SON saga comes to a shocking conclusion -- and a Hulk will fall! PLUS: All-new backup stories featuring the Hulk’s gamma-powered allies!

Appearing in "She-Hulk: Judge of Character"Edit

Synopsis for "She-Hulk: Judge of Character"Edit

Retrieved from "https://heykidscomics.fandom.com/wiki/Incredible_Hulks_Vol_1_616?oldid=1733986"
Community content is available under CC-BY-SA unless otherwise noted.