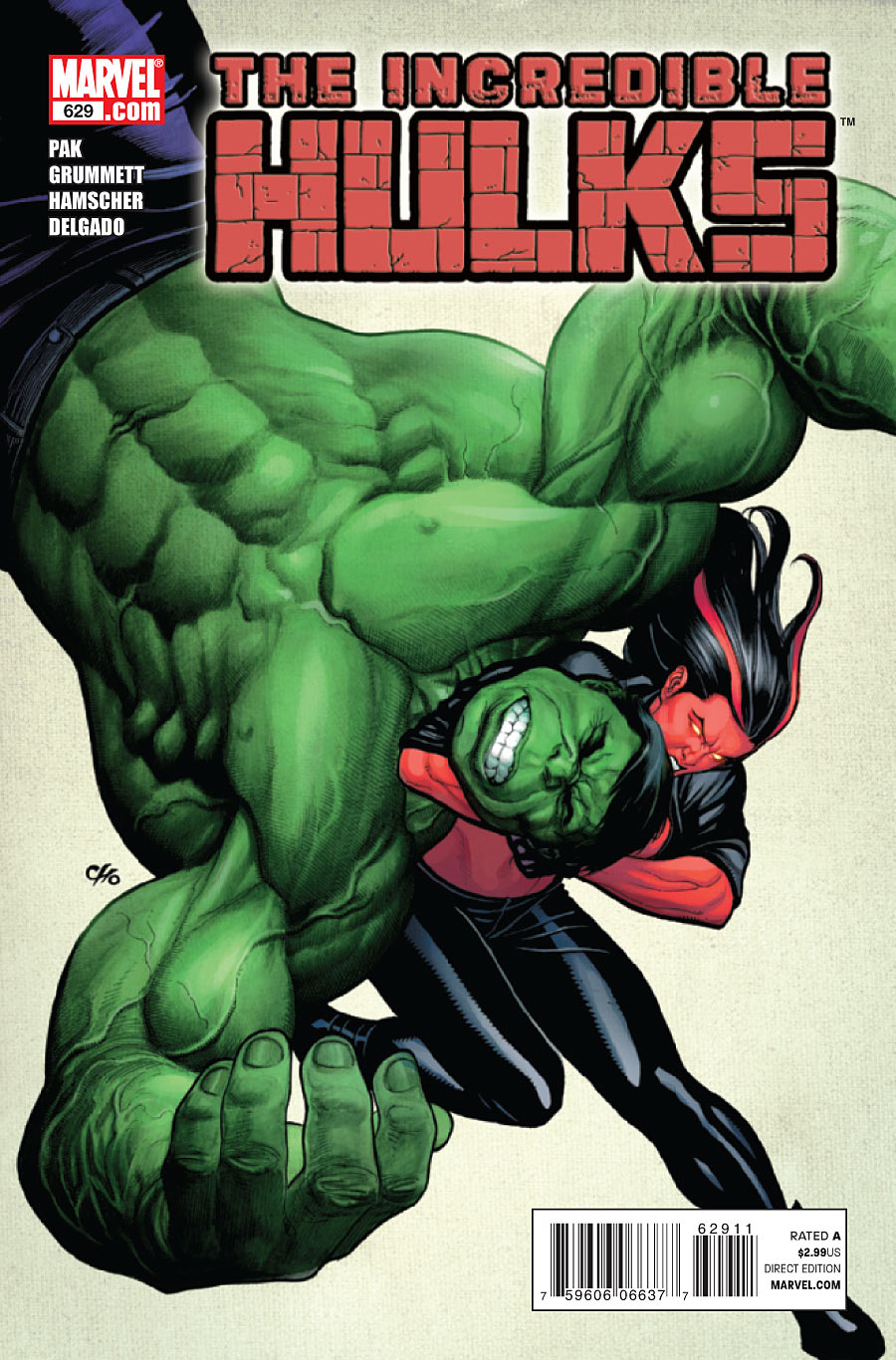 Appearing in "License To Smash"Edit

Spy versus spy meets gamma-powered mayhem as Red She-Hulk (Hulk's estranged wife Betty Banner), partners with a mysterious villain to steal an ancient artifact of unimaginable power. Now it's up to Banner… Bruce Banner, to save the world -- and possibly his marriage. But will Secret Agent Banner be able to keep his domestic affairs from turning into an international Hulk-off? It’s a story that will leave you shaken, stirred and SMASHED from "Planet Hulk" writer Greg Pak and superstar penciller Tom Grummet!

Retrieved from "https://heykidscomics.fandom.com/wiki/Incredible_Hulks_Vol_1_629?oldid=1641145"
Community content is available under CC-BY-SA unless otherwise noted.