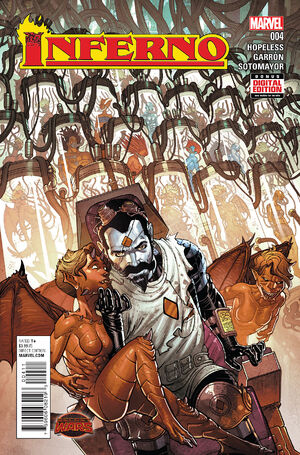 • The gates have burst open. Hell has broken loose.

• And as if things weren’t bleak enough…

• Enter Mister Sinister (shame on you for thinking we left him out)!

• Will anything survive the flame as All Out Inferno War burns on?

Retrieved from "https://heykidscomics.fandom.com/wiki/Inferno_Vol_1_4?oldid=1642167"
Community content is available under CC-BY-SA unless otherwise noted.