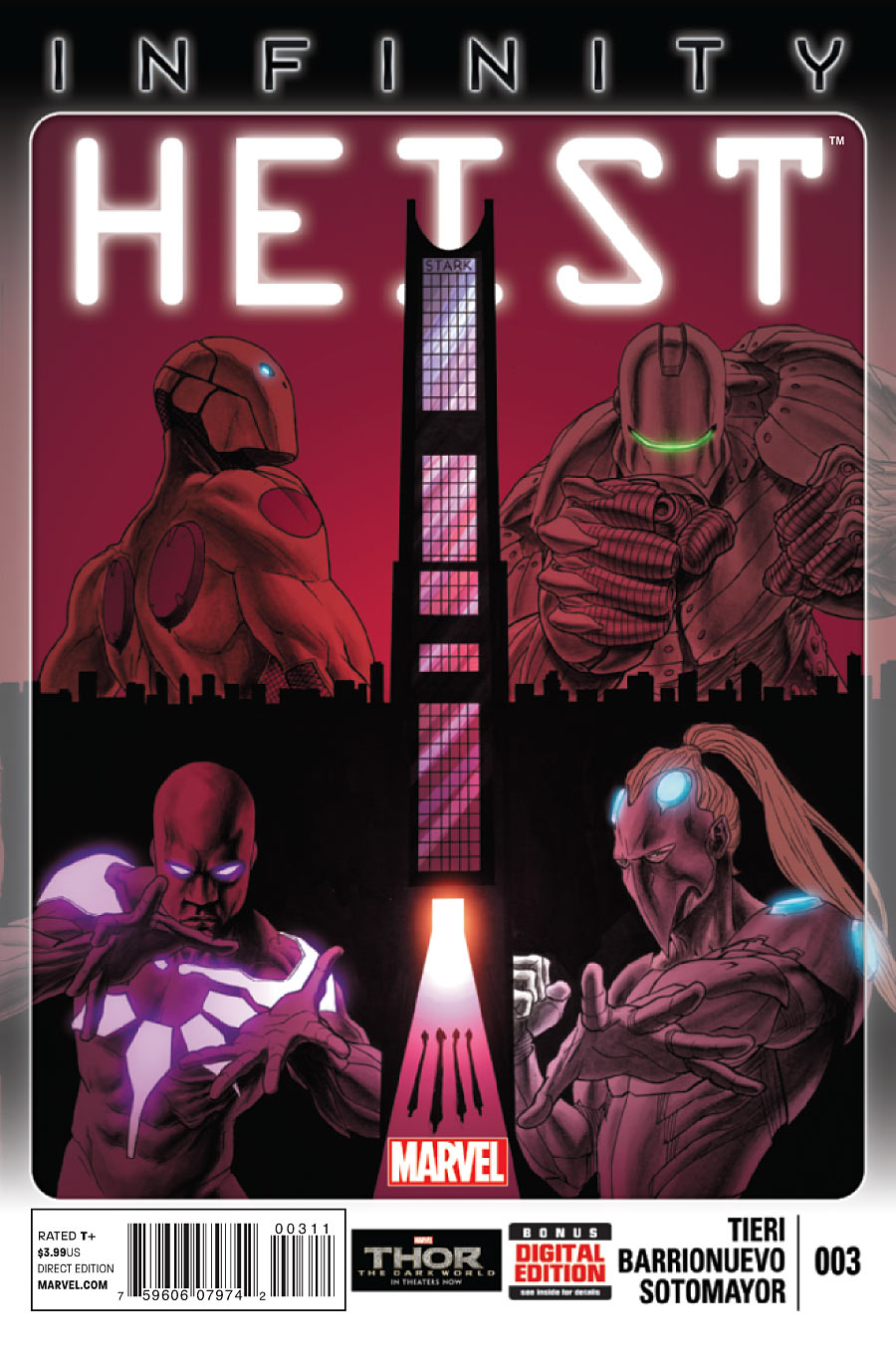 Appearing in "The Heist: Part 3"Edit

Synopsis for "The Heist: Part 3"Edit

Blizzard and Whirlwind become forced into taking part of the assault to Stark Tower. After Spymaster uses teleporter discs to teleport some Iron Man Armors to the buyers, he escapes and leaves Blizzard and the rest of his accomplices to be discovered by the heroes who are using the tower as a base. They manage to defeat the heroes, and they are offered to be taken to Spymaster by Titanium Man. When they arrived to a spaceship where Spymaster was, they are ambushed by him and Titanium Man who revealed himself as Captain Atlas of the Kree (who were the masterminds behind the heist).

Blizzard’s new…uh…developments put the entire team in jeopardy – while Titanium Man’s true identity is OUT OF THIS WORLD!

Frank Tieri and Al Barrionuevo bring the twists in the Infinity Heist!

Retrieved from "https://heykidscomics.fandom.com/wiki/Infinity:_Heist_Vol_1_3?oldid=1548341"
Community content is available under CC-BY-SA unless otherwise noted.