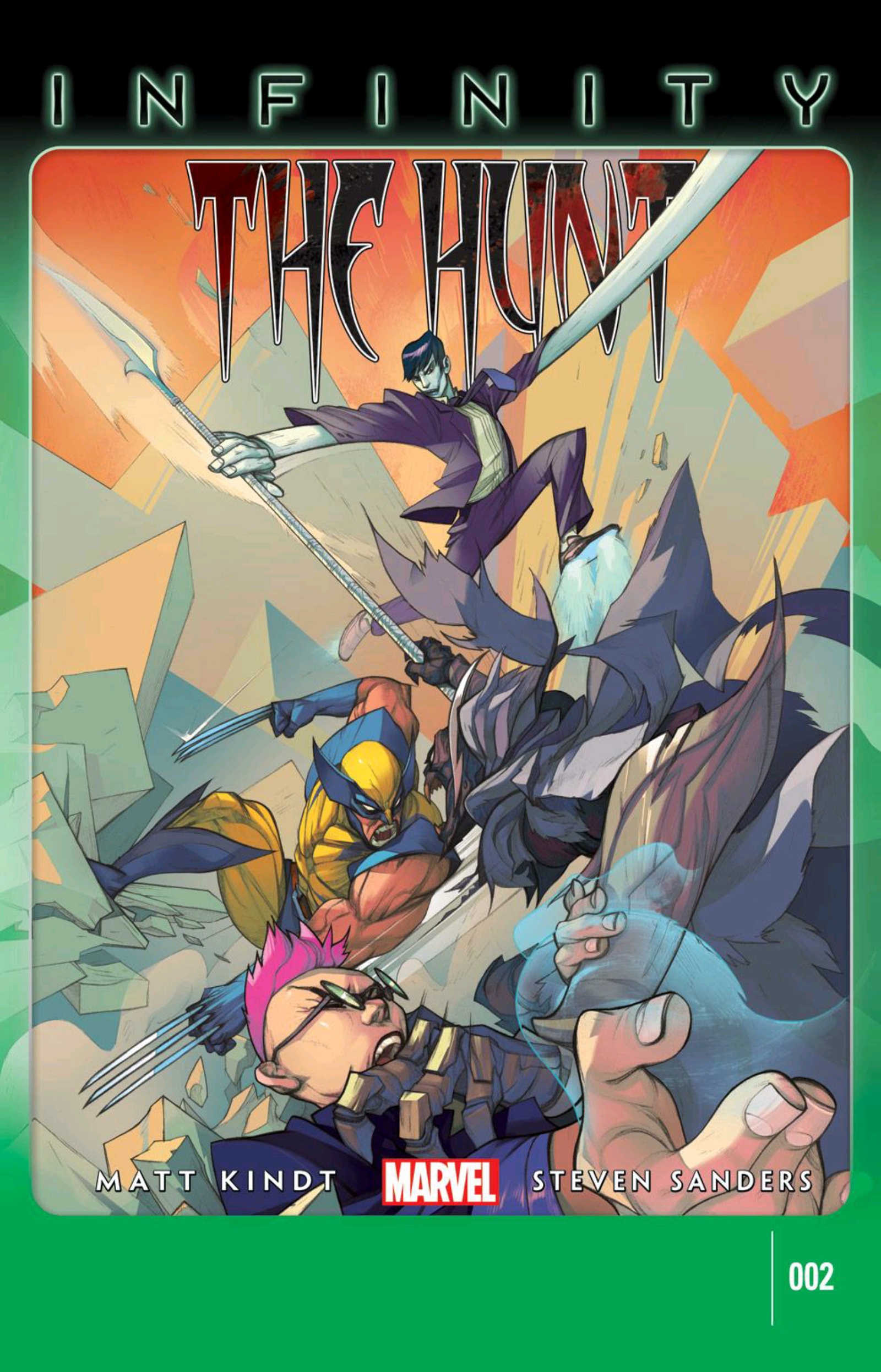 Appearing in "Part 2 of 4"Edit

• Thanos’ forces have attacked the Earth, but what part of his plan involves the super youth of the world?

• See the attacks on the Avengers Academy, Jean Grey School, Future Foundation, Braddock Academy, Wakandan School of Alternative Studies, the Pan-Asian School for the Unusually Gifted and the Latverian School of Sciences!

• The students at all of the world’s super schools try to put into play everything they’ve learned as they fight side-by-side with their super teachers!

Retrieved from "https://heykidscomics.fandom.com/wiki/Infinity:_The_Hunt_Vol_1_2?oldid=1647298"
Community content is available under CC-BY-SA unless otherwise noted.