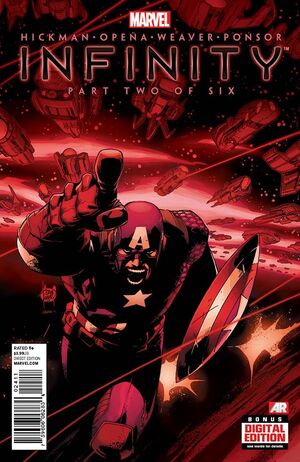 Most of the alien empires try their various attempts to stop the Builders, but this eventually results in catastrophic consequences. The Black Order arrives on Attilan where they demand a tribute of young Inhuman heads that range from the ages of 16 and 22. Using the Terrigen Codex, Black Bolt discovers that Thanos was using the demand for a tribute as a cover-up to kill his lost Inhuman-descendant son whose actual identity and location are unknown to him.

• The secrets of Thanos.