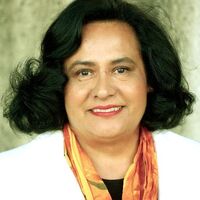 Ingrid Oliu (born 1963) is an American actress. She played the role of Guadalupe "Lupe" Escobar in the Academy Award nominated film Stand and Deliver. She voiced the role of Officer Rene Montoya in Batman: The Animated Series. She also co-starred as Estela Garcia, in the film Real Women Have Curves.[1]

Retrieved from "https://heykidscomics.fandom.com/wiki/Ingrid_Oliu?oldid=1612433"
Community content is available under CC-BY-SA unless otherwise noted.