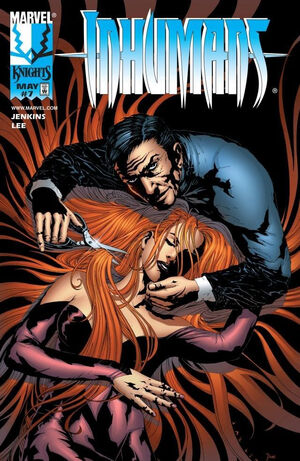 Appearing in "Coming Apart at the Seams"Edit

Synopsis for "Coming Apart at the Seams"Edit

The human incursion has most of Attilan distracted, allowing Maximus to use Dewoz to escape his cell and capture Medusa. He finally reveals his hand in all of this and the plans he has for his people, and lets them know what they need to do to stop the fighting quickly. He also reveals what may happen if the fighting isn't stopped quickly enough.

Retrieved from "https://heykidscomics.fandom.com/wiki/Inhumans_Vol_2_7?oldid=1723040"
Community content is available under CC-BY-SA unless otherwise noted.