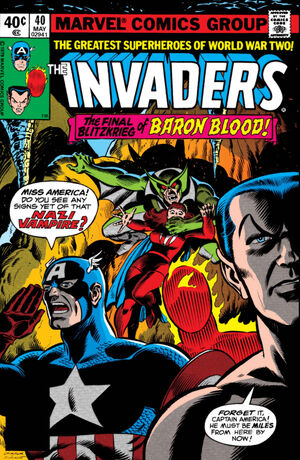 Appearing in "V...- Is for Vampire!"Edit

Synopsis for "V...- Is for Vampire!"Edit

"A comics pro thirty years from now, looking back on the Marvel Age of Comics, will find a much more unified universe than that of the 1940's."

Retrieved from "https://heykidscomics.fandom.com/wiki/Invaders_Vol_1_40?oldid=1730123"
Community content is available under CC-BY-SA unless otherwise noted.