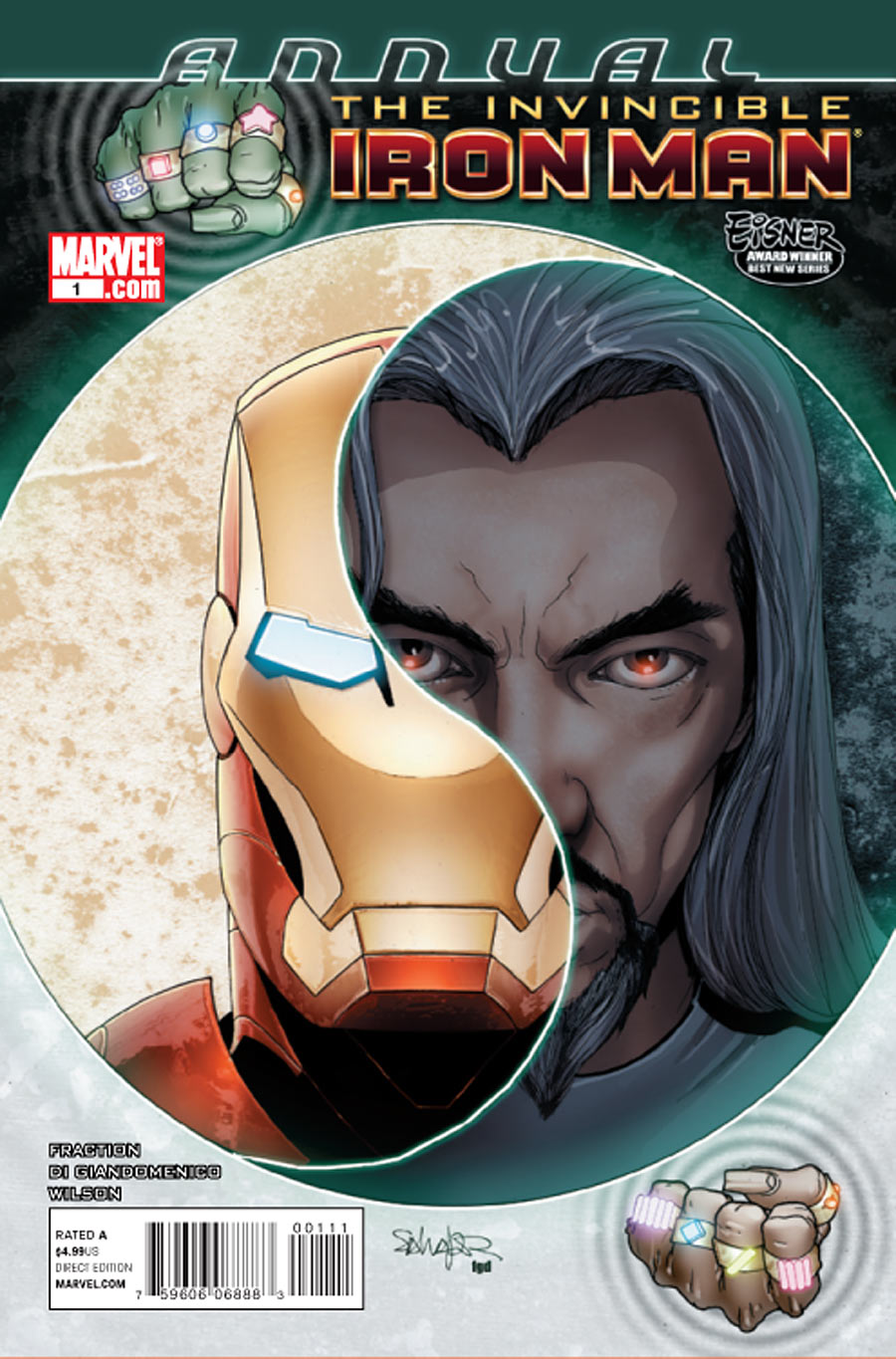 Appearing in "Mandarin: The Story of my Life"Edit

The Mandarin is a collection of lies, stories, myths, and legends. But two things are true: He wears, upon each finger, an alien weapon of unimaginable power…and he's going to kill Tony Stark. Is he a violent street crook born in a brothel? The scion of an aristocratic dynasty? Was his father was a petty criminal or an ambassador? Was his mother a British noblewoman, or maybe a dragon-chasing wastrel lost in the underbelly of the world? He's a murderer, a businessman, an artist, a terrorist, a hero. And this is the story of his life.

Retrieved from "https://heykidscomics.fandom.com/wiki/Invincible_Iron_Man_Annual_Vol_1_1?oldid=1728058"
Community content is available under CC-BY-SA unless otherwise noted.