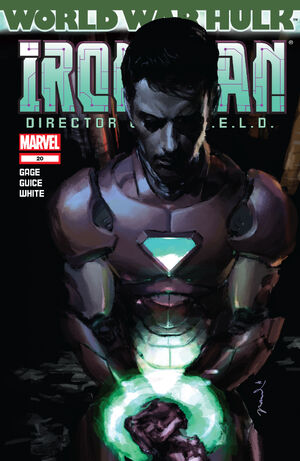 Appearing in "Counting Up From Zero"Edit

The World's Most Wanted is now the World's Most Shattered... how does Tony Stark come back from the events of the last year? How CAN he? Is he even alive? Sort of... The Eisner Award-winning title for BEST NEW SERIES kicks off a new story arc leading into this summer's double-sized 25th issue extravaganza here with STARK: DISASSEMBLED!

Retrieved from "https://heykidscomics.fandom.com/wiki/Invincible_Iron_Man_Vol_1_20?oldid=1657650"
Community content is available under CC-BY-SA unless otherwise noted.