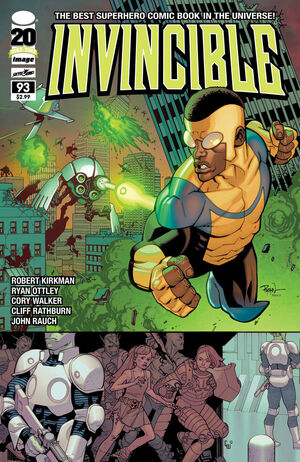 
Synopsis for the 1st StoryEdit

​​More secrets about Robot's and Monster Girl's time spent in the Flaxan Dimension are revealed. Meanwhile, in the present - things go to hell, and the new Invincible has to prove if he's worthy of the mantle in the face of... INVASION

Retrieved from "https://heykidscomics.fandom.com/wiki/Invincible_Vol_1_93?oldid=731153"
Community content is available under CC-BY-SA unless otherwise noted.