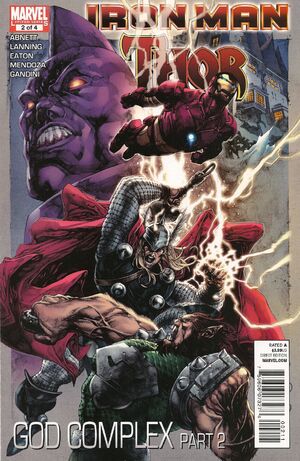 Captured by the High Evolutionary and his unlikely allies, Iron Man learns the dark truth of the genius creator’s plans. Meanwhile Thor battles to recapture the Destroyer armor stolen from Asgard. The paths of these two heroes are about to cross, and if they can’t stop the High Evolutionary’s schemes, then the fates of Mankind and Planet Earth alike will be altered forever!

Retrieved from "https://heykidscomics.fandom.com/wiki/Iron_Man/Thor_Vol_1_2?oldid=1726977"
Community content is available under CC-BY-SA unless otherwise noted.