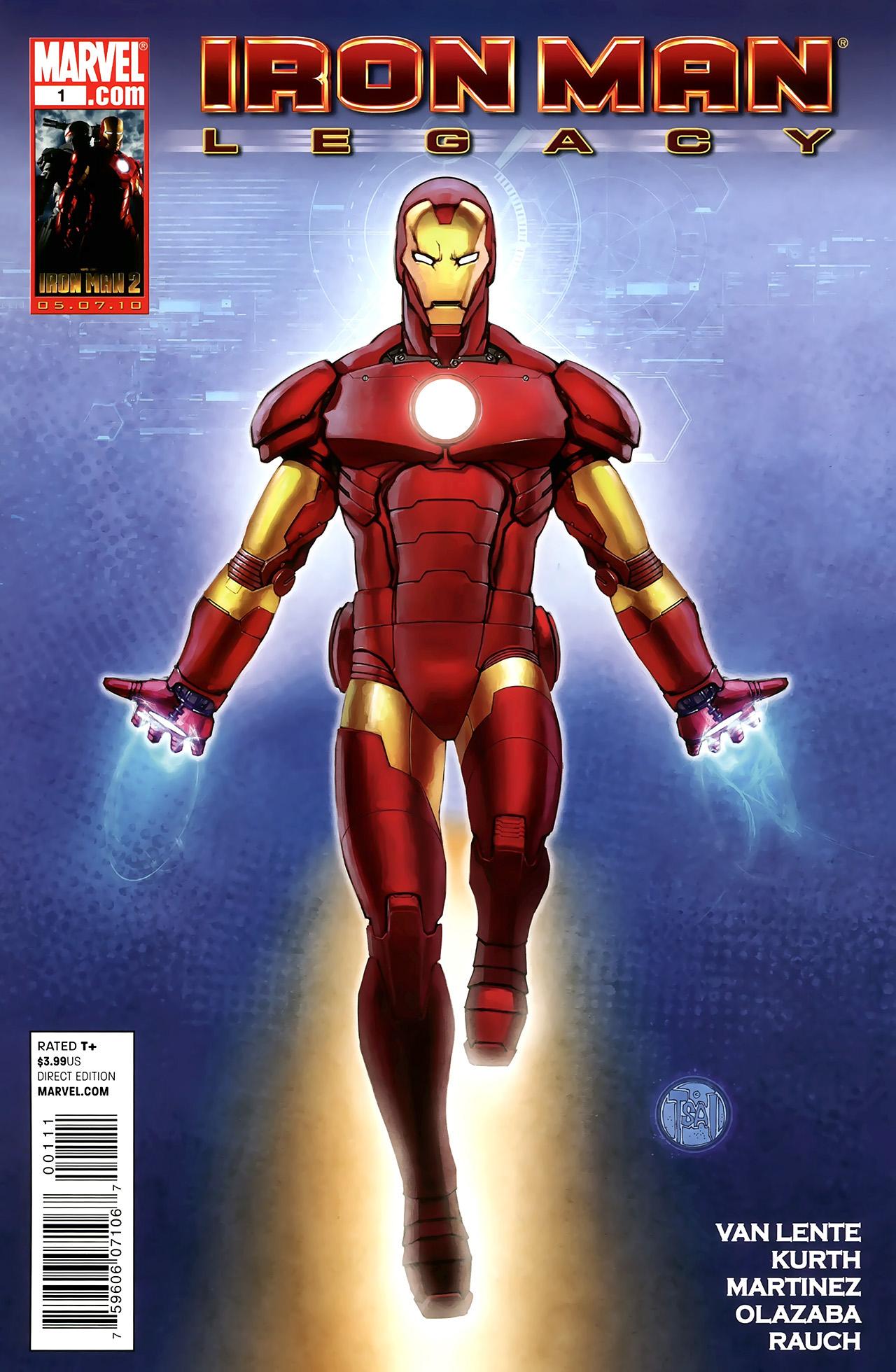 Appearing in "War of the Iron Men Part One"Edit

The Armored Avenger’s second on-going series kicks off with a bang as the WAR OF THE IRON MEN begins here! Tony Stark’s worst fears are realized when stolen Iron Man technology is used for ethnic cleansing in a civil war-ravaged land. When he defies U.S. government orders to confront the armored assassins himself, Stark sets off an international conflagration that threatens his friends, his company, and his very life -- and sets him on a collision course with China and Russia, and their champions, Radioactive Man, Titanium Man and the Crimson Dynamo! Guest-stars galore! And a shocking last page reveal of the classic Shell-head villain behind it all you won’t want to miss!

Retrieved from "https://heykidscomics.fandom.com/wiki/Iron_Man:_Legacy_Vol_1_1?oldid=1655233"
Community content is available under CC-BY-SA unless otherwise noted.