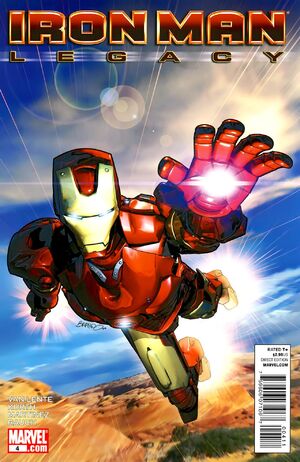 Appearing in "War of the Iron Men Part 4"Edit

Did we say "War of the Iron Men?" We meant "WORLD War of the Iron Men"! Russia and China have gotten involved and sent their own super-powered champions TITANIUM MAN, CRIMSON DYNAMO and RADIOACTIVE MAN to bring Iron Man out of Transia -- dead or alive! It's all-out armored action, and whoever wins, turns out they lose: As the true Big Bad stands ready to swoop in and claim the spoils!

Retrieved from "https://heykidscomics.fandom.com/wiki/Iron_Man:_Legacy_Vol_1_4?oldid=1488948"
Community content is available under CC-BY-SA unless otherwise noted.