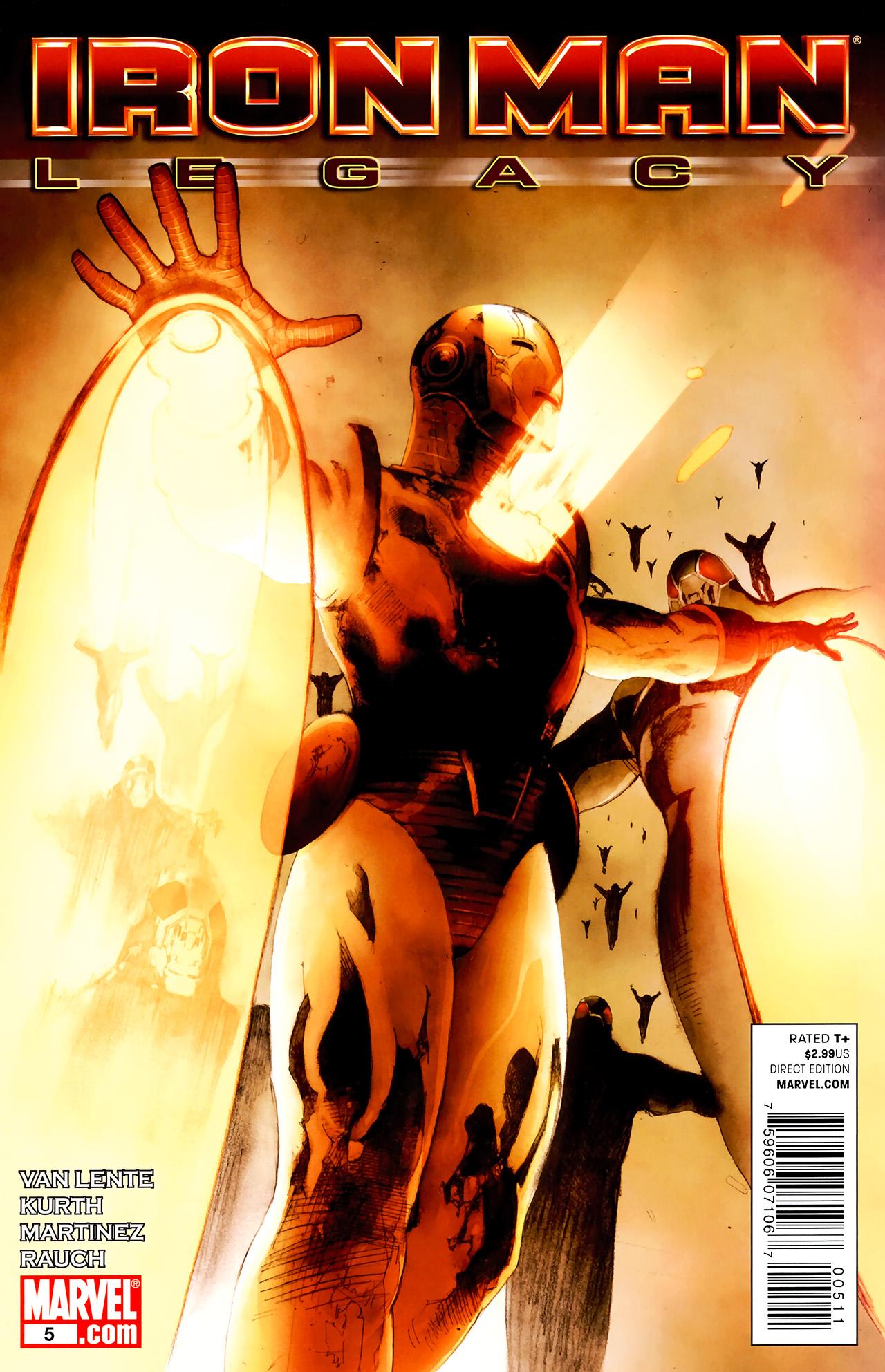 Appearing in "War of the Iron Men Finale"Edit

IRON MAN VS. DOCTOR DOOM, as you've never seen it before! "War of the Iron Men" reaches its epic climax! Latveria invades Transia with a Doombot army, and Shellhead only has a hastily formed alliance with Radioactive Man and the Crimson Dynamo to defend against it! Tony Stark learns who betrayed the secrets of his armor to the Transians -- and the revelation will change his life (and yours, we have no

Retrieved from "https://heykidscomics.fandom.com/wiki/Iron_Man:_Legacy_Vol_1_5?oldid=1728124"
Community content is available under CC-BY-SA unless otherwise noted.