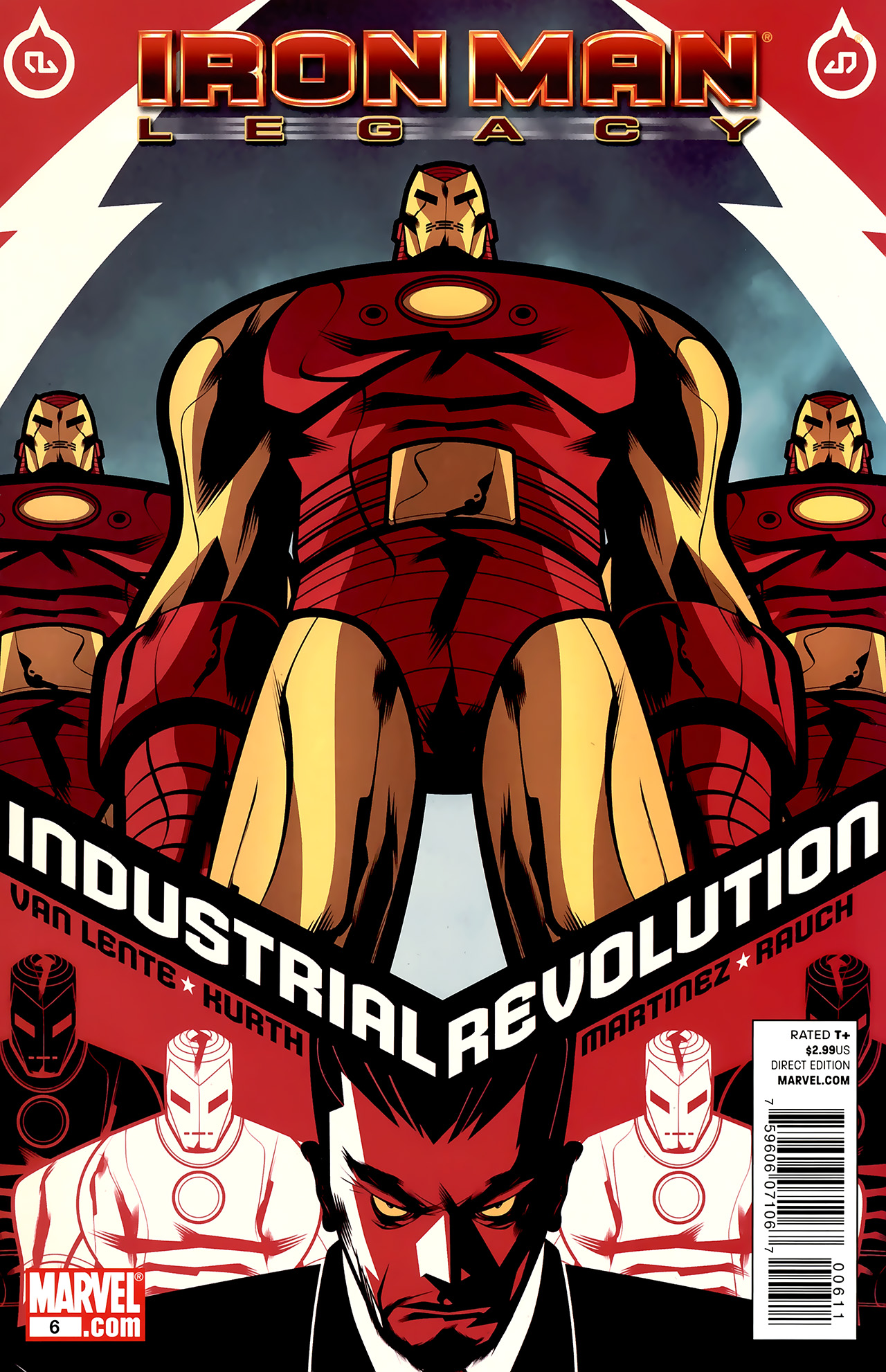 Appearing in "Industrial Revolution, Part 1: Man On The Street"Edit

The second action-packed story arc begins here! Come back with us to a time when Tony Stark lost his company and his fortune to his greatest enemy, Obadiah Stane. Forced to rebuild a new company from scratch, Tony arrives in a run-down Los Angeles neighborhood and brings the people jobs, hope, and a new beginning -- but unbeknownst to Tony, this district is under the iron thumb of the super-villain lords of L.A. -- THE PRIDE! The Runaways' super-powered parents will do everything they can to destroy this new enterprise, but this is Tony Stark they're messing with here. And he -- and the people he's inspired -- won't give up the streets without a fight!

Retrieved from "https://heykidscomics.fandom.com/wiki/Iron_Man:_Legacy_Vol_1_6?oldid=1721127"
Community content is available under CC-BY-SA unless otherwise noted.