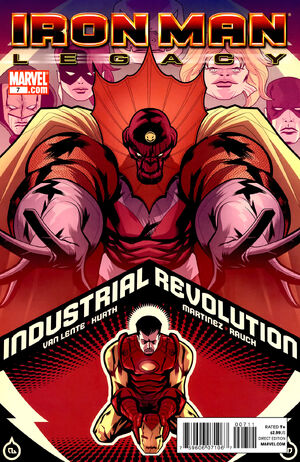 "INDUSTRIAL REVOLUTION" continues! The now-destitute TONY STARK begins his climb back to the top of the financial heap by bringing hope to Los Angeles' impoverished Imperio neighborhood, but THE PRIDE, secret masters of LA, just as desperately want to keep the people in chains. So they've hired the SERPENT SOCIETY to kill Tony Stark at any cost, and it's a duel to the death between SIDEWINDER and his squad of snaked-themed super villains! SSSSSS!

Retrieved from "https://heykidscomics.fandom.com/wiki/Iron_Man:_Legacy_Vol_1_7?oldid=1727810"
Community content is available under CC-BY-SA unless otherwise noted.