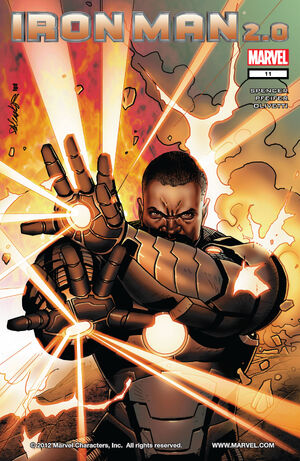 War Machine flies into his final battle against the most dangerous villain he’s ever faced! Palmer Addley has beaten Rhodey at every turn – even with his upgrades, will Rhodey finally outsmart and outfight the master terrorist when the fate of the world hangs in the balance?

Retrieved from "https://heykidscomics.fandom.com/wiki/Iron_Man_2.0_Vol_1_11?oldid=1736453"
Community content is available under CC-BY-SA unless otherwise noted.