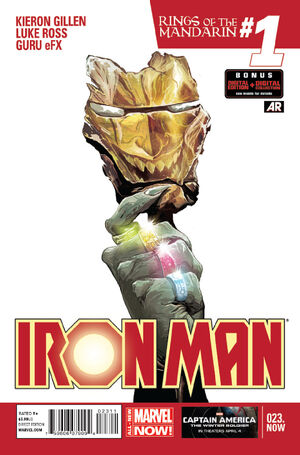 He likes to think of himself as a genius. He sometimes forgets he's just a man.

Appearing in "Rings of the Mandarin: Chapter Ⅰ"Edit

AN ALL-NEW EPIC BEGINS, “RINGS OF THE MANDARINS”

Retrieved from "https://heykidscomics.fandom.com/wiki/Iron_Man_Vol_5_23.NOW?oldid=1485608"
Community content is available under CC-BY-SA unless otherwise noted.