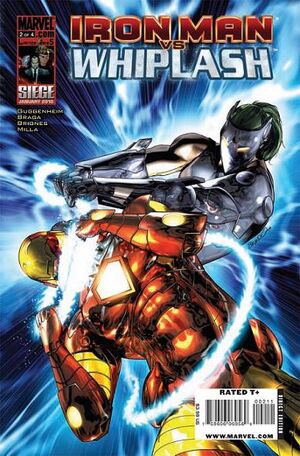 Continuing the intro of the all-new, all-deadly Whiplash! Tony Stark is behind bars with dictators, despots and war criminals – and there's nowhere else Whiplash would rather have him! How is this new nemesis formed from Stark’s own armor, and why does he want Iron Man destroyed? Before he tears up the screen in Iron Man II, be there for the arrival of the new Whiplash in the Marvel U!