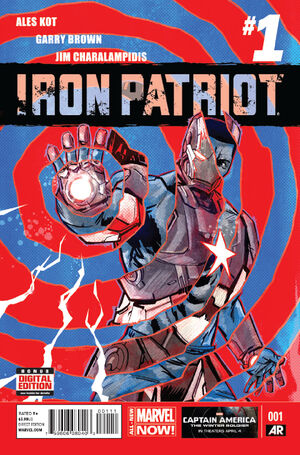 You have known me as War Machine. Now you know me as Iron Patriot. America is my home. As a wise man once said, our flag--that's the blood of the men who died building this country, and the stars they were looking up to. As Iron Patriot, I carry whem wherever I go.

Retrieved from "https://heykidscomics.fandom.com/wiki/Iron_Patriot_Vol_1_1?oldid=1436394"
Community content is available under CC-BY-SA unless otherwise noted.