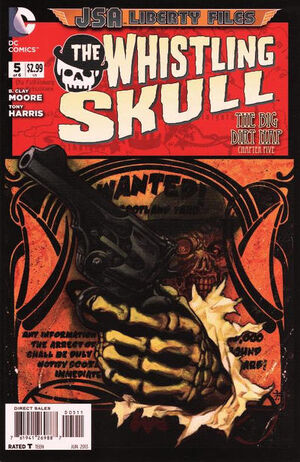 Don't ever apologize for a bit of fear.

Per a discussion with Whistling Skull, Johannes asks the townspeople to help out by searching for signs of Hellman. They hear a scream outside and move out to find a monster trying to grab a young girl. The mob starts to attack the monster and Johannes tries to stop them. This is no monster - it is Johannes' brother Viktor!

Retrieved from "https://heykidscomics.fandom.com/wiki/JSA_Liberty_Files:_The_Whistling_Skull_Vol_1_5?oldid=1437734"
Community content is available under CC-BY-SA unless otherwise noted.