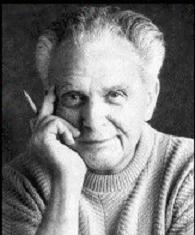 Jack Kirby's Fourth World is a turn of phrase commonly attributed to a family of titles created in the 1970s by writer/illustrator Jack Kirby.

When Jack Kirby returned to working for DC Comics in the 1970s, he introduced what would become known as the Fourth World concept. He created a science-fiction based mythology revolving around ancient space deities known as the New Gods. Similar to the gods of Earth lore, the New Gods were larger than life, possessing fantastic powers, which they used in a never-ending struggle between good and evil. The original Fourth World concept was intended as part of a finite epic saga, but for reasons that have never been satisfactorily explained, was never brought to its ultimate fruition.

Retrieved from "https://heykidscomics.fandom.com/wiki/Jack_Kirby%27s_Fourth_World?oldid=1512763"
Community content is available under CC-BY-SA unless otherwise noted.